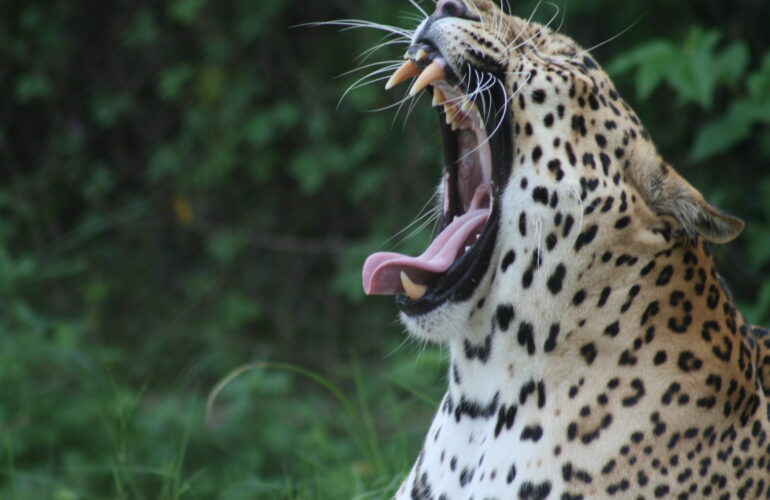 Recently, a report on “Status of leopard in India”, prepared by the Tiger Conservation Authority and Wildlife Institute of India, Dehradun was released in 2020. In fact, this report is for status of leopard in the tiger states of India, not for India. The title of the report confused the readers. This report is based on the fourth cycle of the tiger assessment in the Tiger Landscape undertaken using camera image capture and recapture method. It is stated in the report that the leopard’s population has increased from 7,910 in 2014 to 12,580 (12170 to 13540) sub-adult and adults leopards in 2018 in the 18 tiger bearing states of the country. Immediately, the media jumped without going inside the report and stated that the leopard population has increased by 60% in India. International media also highlighted that population of the smart cat in India is 12,580 subadult and adult leopards, but it was only half the truth.

During the all-India tiger estimation in 2018, leopard population was also estimated within the forested habitats in tiger occupied states. Within the tiger states, other leopard occupied areas such as non-forested habitats (coffee and tea plantations, ravines and other land uses from where leopards are known to occur), higher elevations in the Himalayas, arid landscapes and majority of North East landscape were not sampled. Therefore, the population estimation should be considered as minimum number of leopards in the tiger distribution range.

Leopards are present in 29 states and one Union Territory. The fourth cycle of assessment was restricted to tiger distribution area in 18 states. Even in these states, entire leopard habitat was not surveyed. This raise concerns as these findings do not represent the facts for entire country. High concentration zone of the leopard in Himalayas having intense human-leopard conflicts in Uttarakhand was not covered in the survey. Forest Department of Uttarakhand estimated 2100 to 2400 leopards during the three previous leopard censuses. This reveal that about two-third leopard habitats were not surveyed in Uttarakhand in fourth cycle assessment in 2018. Two Himalayan states-Himachal and Union Territory of Jammu & Kashmir are in leopard’s zone having serious man-leopard conflicts. The Forest Department of Himachal Pradesh had reported 761 leopards in the previous counting of the leopard, although field official guessed still a higher population. Jammu & Kashmir also support hundreds of leopards. Gujarat is another major state which counted 1395 leopards (1220 adult and subadults) and rest cubs in 2016. Except some areas, say below 10 % of the forested region, entire forest of seven states in North-East and West Bengal was nor covered in this survey. Analysis of the data procured from all Chief Wildlife Warden reveal that about one third leopard occur in about 384 Protected Areas, covering about 136,551 sq. km. in India. The present occupancy area may be roughly in range of about half of the Indian forests, say about 300,000 sq. km.

Report on status of leopard in India (2018) in the tiger states, the leopard censuses by the Forest Departments in the non-tiger states/area, and many studies provide basis to assess population of leopard in different states. A conservative estimate has been mentioned in a table.

Outside India, the Indian leopard, a sub-species out of eight sub-species of leopard in the world, has population of about 1,200 to 1,500 individuals in Pakistan, Nepal, Bhutan and few in the bordering countries – Bangladesh, Myanmar and China adjoining Myanmar. Out of about 20,000-22,000 adult and subadult leopards belonging to seven sub-species of the Asian leopards, three fourth are found in India and the rest in about two and half dozen countries in Asia. The African, a sub-species has different story, as its number is many times, perhaps twenty times, the combined population of all leopards in Asia.