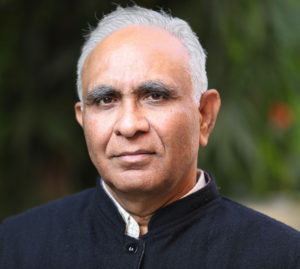 Dr H. S. Singh, a retired IFS officer, Ex. Principal Chief Conservator of Forest, and a wildlifer was born in Dewa village (Manda) in Allahabad district in Uttar Pradesh, India in 1954. He earned his M. Sc. Degree (Physics) from the University of Allahabad in 1977 and Ph. D. Degree in Wildlife from the Saurashtra University, Rajkot. He has served as Member of National Board for Wild Life and Member, Gujarat State Board for Wild Life.

He held various positions in forestry and wildlife sector and also worked as Chief Wildlife Warden, Gujarat State. At the last phase of his service, he worked as Head of Social Forestry Wing and Principal Chief Conservator of Forest and Chairman, Gujarat Biodiversity Board, Gandhinagar, before his retirement in Feb, 2014.

He served as expert member in various national and state committees. He published over one dozen books, several scientific documents and over four dozen scientific articles in national and international journals. He has long association with Gir forest and Gir lion, since his service in the Gir National Park, Junagadh.